Does Management Ever Owe a Fiduciary Duty to Creditors: A look at Three States ﻿ 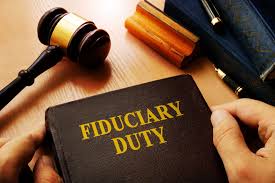 While management of a company generally has no duty to creditors of the company, there is one big exception:  when the company is insolvent or in the “qons of insolvency.”   Here is a look at three states analysis of the issue.

Delaware has shed some light on the confusing lexicon employed by many courts when they refer to the “zone of insolvency.” Delaware sees insolvency in-of-itself as the marker of when the fiduciary duties of directors and officers extend to creditors. See North American Catholic Educational Programming Foundation, Inc. v. Gheewalla, 930 A.2d 92, 101 (Del 2007); Quadrant Structured Products Company, Ltd. v. Vertin 115 A.3d 535, 546 (Del. Ch. 2015). In doing so, the Court in Quadrant held that “[t]he only transition point that affects fiduciary duty analysis is insolvency itself.” 115 A.3d at 546. Additionally, Delaware courts due not require corporations to satisfy statutory filing to be classified as “insolvent,” but rather recognize that corporations can become insolvent “in-fact.” See generally Geyer v. Ingersoll Publications Co., 621 A.2d 784, 787 (Del. Ch. 1992) (“[I]nsolvency means insolvency in fact rather than insolvency due to a statutory filing in defining insolvency for purposes of determining when a fiduciary duty to creditors arises”).

However, New York courts appear to follow the lead of Delaware courts that creditors have the standing to bring derivative suits against directors and officers of an insolvent corporation. See generally OFSI Fund II, LLC v. Canadian Imperial Bank of Commerce, 82 A.D. 537 (1st Dept 2011). Further, New York courts appear to be less accepting of the idea that creditors who bring derivative claims will actually get substantive results. See Acacia Investments, B.S.C.(C) v. West End Equity I, Ltd., 2020 WL 809721 at *9 (N.Y. Sup. Ct. Feb. 18, 2020) (stating that creditors can bring a case against officers and directors of an insolvent corporation based on standing, but does not create a guarantee that the claims will work). In addition, New York courts have noted that the “trust fund doctrine” similarly does not “automatically create…an equitable interest as such in corporate assets upon insolvency [for creditors].” Credit Agricole Indosuez v. Rossisyskiy Kredit Bank, 94 N.Y.2d 541, 549-50 (N.Y. 2000).