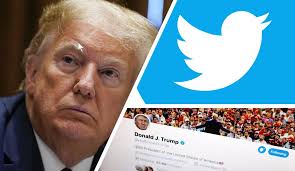 In several tweets yesterday, President Trump, upset that social media platforms are picking on him, has threatened to shut them down.  That is, after Twitter added a fact-check to some of his posts, Trump declared that he is going to “regulate” or even “close down” Twitter.   While Trump cannot “close down” Twitter, or materially “regulate” it’s business, he can try to harm Twitter through other means.   Essentially, Trump has three avenues.

He can attempt to push for legislation through Congress but there is no chance any such legislation will be promulgated.  That is, he can attempt to modify the Communications Decency Act. Section 230 of the Act shields tech platforms from legal exposure for a wide range of online content. Enacted by Congress in 1996 as the internet was coming into existence, the Act protects tech platforms like Twitter and challenges to the Act have been repeatedly shut down by courts.

Second, he can apply pressure on the regulators by making it more difficult for Twitter to expand into other lines of business.  The Administration can apply pressure on Twitter, and other social media companies, by having the FCC deny certain licensing for new business paths relating to satellite internet or other new lines they seek. That pressure could be detrimental to those businesses in this telecommunications age, but would not affect the companies’ core businesses.

Third, of course, he can pressure regulators to commence litigation.  While Twitter can react-check, it could also choose to pursue a defense, but in the interim, there would be an expensive, time consuming review of all tweets until the courts rejects President Trumps challenge. For Twitter, additional expenses are not welcomed but they can be overcome; for smaller platforms it could be detrimental.

Thus, while the fight against the administration and the regulators will be costly, in the end it will be unable to significantly alter Twitter’s business or that if any other social media provider.