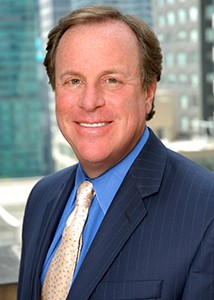 Founder and partner Richard A. Roth is highly regarded by his colleagues, adversaries, judges, arbitrators and peers for his strong litigation experience, aggressive nature and innovative “out of the box” thinking. Earning a long string of successes on both a national and international level, Mr. Roth has represented and continues to represent a myriad of clients, from FORTUNE 100 publicly held corporations to small privately held businesses, C.E.O.’s and industry magnates.  He also represents celebrities, nationally recognized artists, singers, actors, songwriters and Hall of Fame and all-star athletes, directors, producers and professional sports organizations.

He is featured in all media and is regularly on television commenting on civil and criminal trial and legal issues of national significance, particularly in the entertainment/sports and securities areas.  He has also been asked to comment on various celebrities who experience legal troubles and was featured on a recent series Celebrity Damage Control, which was comprised of 27 episodes of celebrities who have come back from legal difficulties including Mike Tyson, Wesley Snipes, Mickey Rourke, Ray Lewis, Vanessa Williams and many others.  His television appearances include CNBC, FOX News, Entertainment Tonight, Access Hollywood, CBS, MSNBC, TruTV, CNN, Bloomberg Television, Huff Live, I-24, The Blaze and several local televisions stations. In the print media, Mr. Roth is regularly quoted in the Wall Street Journal, The New York Times, the New York Post, the New York Daily News and other local, national and international newspapers and magazines.  At least five of his cases were featured on the front page of those newspapers.

Throughout his career, Mr. Roth has been honored with numerous awards for his aggressive, powerful and successful litigation results and trial skills. Commencing in 2011 to date, he has been repeatedly selected as a “SuperLawyer” and was awarded the coveted “Most Versatile Attorney” award in the nation from Lawline.  He has also won the “Top Attorneys in the New York Metropolitan Area” award annually.  He and the firm also have the distinguished honor of being ranked first in the nation in bestattorneysonline.com for ‘Entertainment Litigation” and “Securities Litigation.  He was also recently honored to have been named to the Furthered40, a recognition of the top 40 attorneys in the nation who dedicate their time, energy, and knowledge to further education among their peers and the public at large. Each of the nominees had a passion for teaching and have been described as “proven innovators in their methods of delivering educational content.” His firm has also been recognized as a “Go To” Top 500 Law Firms in the nation.

Mr. Roth has litigated several hundred cases in his career, which includes both jury and non-jury trials in state and federal court and appeals from Anchorage to Miami. He is admitted to practice before the Courts of the State of New York, the United States District Courts for the Northern, Southern, Eastern, and Western Districts of New York, the Second Circuit Court of Appeals, the Third Circuit Court of Appeals, the Eleventh Circuit of Appeals and the United States Supreme Court. He has also been admitted pro hac vice in various other state and federal courts and has arbitrated securities disputes across the country.

He also practices daily before numerous arbitration and mediation tribunals, including the American Arbitration Association (“AAA”), JAMS, the Financial Industry Regulatory Authority (“FINRA”) and has tried hundreds of hearings before the National Association of Securities Dealers, Inc. and the New York Stock Exchange, Inc. throughout the country. He serves as an arbitrator before FINRA. Mr. Roth travels across the country representing various entities and individuals, including public companies, in defending large commercial and securities litigations. His clients have ranged from large broker-dealers, clearing and custodial firms, and investment and financial institutions, to start-up ventures, investment bankers, venture capital institutions, closely held corporations and individuals.

Mr. Roth’s prior experience includes working for the Office of the United States Attorney General, interning for a Judge of the Second Circuit Court of Appeals and working for law firms both large and small. After graduating law school, Mr. Roth began his career at an internationally recognized law firm which, at the time, had over 1,000 attorneys. After that large firm experience, he went to a small, boutique litigation firm that specialized in entertainment litigation and sophisticated commercial/securities litigation. Thereafter, Mr. Roth joined Gordon Hurwitz Butowsky Weitzen Shalov & Wein P.C., a one hundred person law firm whose litigation department concentrated on comprehensive securities, entertainment, and commercial litigation. Upon leaving that firm in 1993, he formed Littman Krooks & Roth P.C., a small full service law firm. As head of the litigation department, Mr. Roth continued his innovative style and proceeded to develop a strong following among the corporate, financial and entertainment communities. He formed The Roth Law Firm in March 2003.