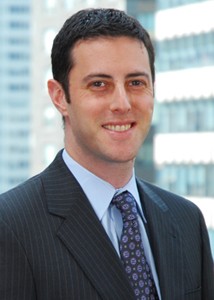 Jordan M. Kam joined The Firm in 2003 and has played an integral part in its success in the years since. Now a Partner at The Firm, Mr. Kam focuses his practice in business, employment, and securities litigation. Through his diverse experience, Mr. Kam has represented public companies, financial institutions, broker-dealers, small-businesses, investment advisors and individuals in federal and state trial and appellate courts, before regulatory bodies, in internal investigations and in arbitration and mediation proceedings.

Mr. Kam was selected to the 2014 New York Metro Super Lawyers Rising Stars list and has co-written articles on legal issues including “To Write or Not to Write: The Arbitral Dilemma”, The New York Law Journal, January 6, 2005 and “Keep It Dark”, Registered Rep. Magazine, April 2005.  Mr. Kam is admitted to practice before the Courts of the State of New York as well as the U.S. District Courts for the Northern, Southern and Eastern Districts of New York. He is also a member of the Trial Lawyers Section of the New York State Bar Association.

Mr. Kam earned his B.A. at The University of Maryland in 2000 and graduated from Hofstra University School of Law in 2003. While at Hofstra, Mr. Kam made Dean’s List Honors and was selected by his peers to serve as Notes and Comments Editor for the Hofstra Labor and Employment Law Journal (2002-2003).  Prior to joining the Firm, Mr. Kam interned for United States Federal Court Judge Jacob Mishler, in the Eastern District of New York.