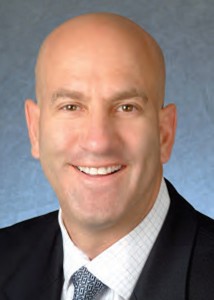 Howard S. Krooks is admitted to practice law in New York (1990) and Florida (2004). He splits his time between both states, where his professional practice is devoted to elder law and trusts and estates matters, , including representing seniors and persons with special needs and their families in connection with asset preservation planning, supplemental needs trusts, Medicaid, Medicare, planning for disability, guardianship, wills, trusts and health care planning with advance directives.

Mr. Krooks is certified as an Elder Law Attorney by the National Elder Law Foundation and is a member of the National Academy of Elder Law Attorneys (NAELA) Board of Directors, and currently serves as President of NAELA. He is a Past Chair of the Elder Law Section of the New York State Bar Association (NYSBA). He was selected as a Florida Super Lawyer (2007 – 2012) and a New York Super Lawyer (2007 – 2012), named a Top 25 Westchester County Attorney (New York Times – September 2012), and is AV-rated by Martindale-Hubbell, the highest rating awarded an attorney.

Mr. Krooks co-authored the chapter, “Creative Advocacy in Guardianship Settings: Medicaid and Estate Planning Including Transfer of Assets, Supplemental Needs Trusts and Protection of Disabled Family Members” included in Guardianship Practice in New York State, and the chapter “Long Term Care Insurance in New York” included in Estate Planning and Will Drafting in New York, both published by the NYSBA. In addition, he has written many articles on a variety of elder law topics. A former Adjunct Assistant Professor at New York University’s School of Continuing and Professional Studies, Mr. Krooks taught a course on Asset Protection Planning. He has also served as an instructor for the NY Certified Guardian & Court Evaluator Training program.