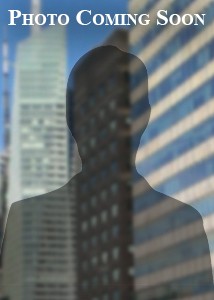 David Chidekel is Of Counsel at The Roth Law Firm, where he runs the firm’s transactional practice group. In such capacity, Mr. Chidekel handles a broad range of commercial transactions, including corporate, finance, intellectual property and licensing matters, for clients in the entertainment and digital media industries. Prior to that, Mr. Chidekel was a founding partner at the boutique media and entertainment firm of Ritholz Levy Sanders Chidekel & Fields LLP, as well as a partner at several prominent national law firms. Mr. Chidekel’s services require his knowledge of, and involvement in, virtually all aspects of the modern entertainment industry, together with an in-depth understanding of the legal and business issues facing participants in the global digital content creation and distribution industries.

Mr. Chidekel has been featured and quoted in numerous publications (e.g., New York Times, Hollywood Reporter, ABC.News.com, Hits Magazine, etc.) and on Internet news programs. He has also served as a moderator and a panelist for at the New Music Seminar, the South by Southwest Music Conference, the Philadelphia Music Conference and NEMO, as well as participating on digital music panels for Billboard Magazine, Digital Music Forum East and the New York State Bar Association, and has been an Adjunct Professor of Entertainment Law at Hofstra University School of Law, as well as a Featured Guest Lecturer at Pace University School of Law and the Benjamin N. Cardozo School of Law.

Mr. Chidekel has also been counsel for various film and television companies. In representing the foregoing, Mr. Chidekel’s experience includes production counsel and finance counsel work for and with television networks, film distributors and television and film producers, as well as agreements for and with directors, screenwriters, agents, sales agents, and composers.

Mr. Chidekel has represented a number of the key entrepreneurs and innovators in the digital music industry. He has also represented institutional digital media companies with respect to various licensing, IP, general corporate and M&A transactions, as well as clients working with interactive content on large screen environments, AR, VR, emotional recognition and other behavior intelligence data analytics, and the development and production of video games, live gaming tournaments and virtual world environments. For the greater part of 2016, Mr. Chidekel also served as the Chief Commercial Officer of BitTorrent, Inc., where he oversaw all commercial transactions of the company, as well as legal, business affairs, and corporate and business development.